Semi-arid areas are found all over the world and cover up to 18% of the earth's surface[1]. These areas are hit hard by drought and climate change, and are home to family farmers, pastoralists, small-scale producers and indigenous communities, populations that suffer exclusion and are among the most vulnerable groups on the planet.

DAKI-Semiárido Vivo, a project that was created to help tackle the climate crisis and develop resilient and sustainable livelihoods for the populations of the semi-arid regions of Latin America - the Gran Chaco Americano (in Argentina, Paraguay and Bolivia), the Brazilian Semi-arid Nororiental and the Central American Dry Corridor - presents a great opportunity to transfer their successful practices and learning to other semi-arid regions of the world and thus improve the living conditions of their populations.

This initiative is financed by the IFAD and implemented by the Semi-Arid Platform in Latin America, the Brazilian Semiarid Articulation (ASA), and the National Development Foundation (Funde) of El Salvador.

This is an innovative knowledge management project that allows good local practices in Climate Resilient Agriculture (CRA) to be scaled up to the continental level by promoting alliances in the semi-arid areas of the region between indigenous and peasant organisations, between different civil society organisations and between all these actors and public and intergovernmental bodies in order to promote public policies in the sector. This makes possible that good practices can reach millions of people and also can be an input for training and education for governments, technicians, researchers and leaders of indigenous and peasant organizations.

As it is a plan "with great potential to generate permanent changes in the living conditions of the populations of Latin America's semi-arid zones", according to Antonio Barbosa, DAKI's coordinator, the learning that is generated could benefit other semi-arid regions of the world.

In this sense, "DAKI is an opportunity to extend the exchange of experiences beyond Latin America. This will further open up the boundaries and scope of the project's work, reaching out to more countries outside its area of operations," explained Hardi Vieira, Country Programme Officer of the International Fund for Agricultural Development (IFAD) in Brazil, during the virtual seminar introducing the project to members of IFAD in Rome, Asia and Africa, and several UN divisions[2]. 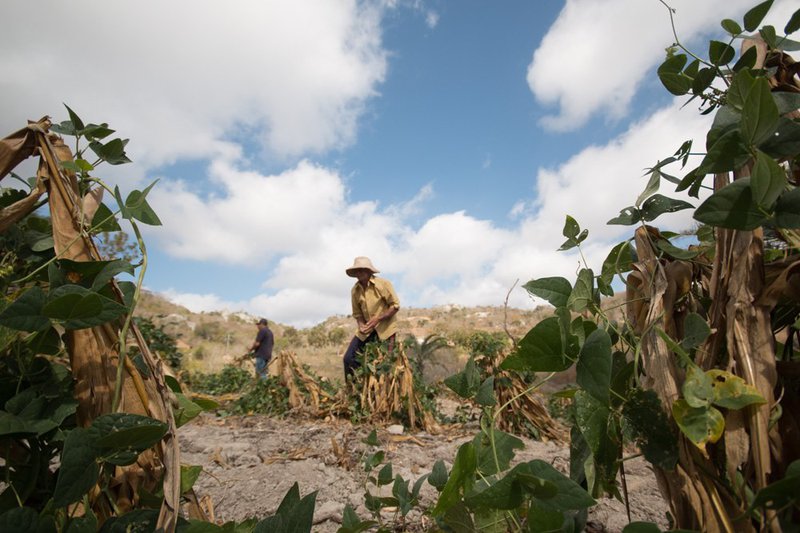 If the good practices selected to generate the basis for a knowledge management process are useful for all the semi-arid regions of Latin America, it is possible that similar practices can be replicated anywhere in the world with common characteristics. In addition to systematisation, there will also be a methodological process that could be replicated at a global level as a knowledge platform.

An important partner of DAKI and one that could contribute strongly to this work is the International Land Coalition (ILC), a global alliance which both IFAD and some of the project implementing organisations are members. The ILC, in addition to supporting the Semi-Arid Platform in Latin America since its formation, also has members in Asia and Africa who work in semi-arid areas facing similar difficulties in agricultural production and in coping with climate challenges. "The ILC's regional offices, in articulation with IFAD, have the potential to generate exchange programmes that will allow us to expand DAKI's impact on a global scale," explains Zulema Burneo, Coordinator of the Regional Coordination Unit of the ILC Latin America.

"A first step to expand the exchange of experiences beyond Latin America is to do it well in this region, to have advanced the systematization and methodological process and then to begin to cross data, information and possible global alliances between civil society organizations, public and intergovernmental bodies," explains Gabriel Seghezzo, coordinator of the Semi-Arid Platform in Latin America, one of the organizations promoting the project. "We need to gather all the knowledge accumulated in these arid and semi-arid areas and bring together the good practices in CRA to take this knowledge not only to Latin America, but to the world," he adds.

Fernanda Thomaz Da Rocha, IFAD's Senior Regional Technical Specialist on Rural Institutions for Latin America and the Caribbean, considers that "the registration and documentation of the process and involvement of organisations and partners is fundamental for the practice adopted by DAKI to be replicated in other parts of the world".

"We have an enormous effort and responsibility ahead of us. Surely DAKI Semi-Arid Live will be a huge door of opportunity if we do it right," said Gabriel Seghezzo.

2 The webinar was held on 12 November.

Semiarid Regions of Latin America Cooperate to Adapt to Climate